CWC bids farewell to its 2021 retirees 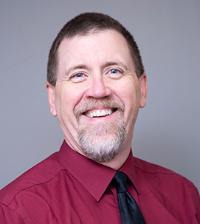 Goede graduated with bachelor’s degrees in sociology and psychology from the University of Wyoming in 1988 and 1989. He worked for several years in rehabilitation and mental health counseling before earning his master’s in counseling at UW in 1995.

Though he intended to apply his studies to a career in community mental health, Goede adjusted his plans.

“When my family moved to Riverton for my wife's teaching job, I couldn't get a job in community mental health, so applied for and took a job at CWC as the Housing Manager,” he said.

While he only intended to keep the position for two years, Goede found his stride at CWC.

“I stayed and loved it,” he said. “I used my counseling degree on a part-time basis here and moved on to director of student life, which included housing manager.”

When Goede had the opportunity to take over the counseling department, he was able to make full-time use of his degree. This position--now titled the director of student success--evolved to include oversight of disability services as well as counseling and student retention.

After 26 years at the college, Goede found satisfaction in the same aspect of each position he held.

“The favorite part of all of my jobs at CWC is seeing a student's success,” Goede said. “I have had the honor of seeing multiple students who either initially struggled, or struggled along the way, and they came back and graduated and achieved their personal and career goals.”

In his retirement, he is excited to be with his family.

“I am looking forward to spending time with my one-year-old grandson, watching him grow up, and actually being in his life to influence that growth,” Goede said.

While he and his wife, Kelly, both hope to travel without work commitments, he has not written off the possibility of future employment.

“Someday I may go back to work and do something else,” he said. “I have a few creative ideas that are totally out of the mental health/student success world. But right now, we plan to enjoy not having a plan.”

Before Deyle Matland joined the Student Support Services (SSS) team, she spent 35 years in the K-12 community and 10 years as an instructor trainer for cultural sensitivity and HIV/AIDS prevention education for the state. Matland felt a deep personal connection with her earlier career work.

“My children and their father are descendants of the Susquehannock Tribe, a tribe that was mostly decimated by disease and war; my empathy runs deep,” she said.

Matland brought her experience to CWC in spring 2016, and her retirement follows five years of service as the SSS program manager.

While at CWC, Matland helped oversee TRIO, which is part of a six-state regional ASPIRE organization that secures education opportunities for low-income and first-generation college students.

Her team remodeled TRIO and secured a second grant that brought nearly 2.5 million dollars to the college. While she loved seeing this come to fruition, Matland said the highlight of her job was in the campus community.

“My favorite part, of course, is working with my staff and students,” Matland said. “It is deeply heartwarming to witness the success of students as they graduate and move forward with their careers or advanced education.“

Matland also spent three years on the social justice committee and said she is grateful, both for the professional development opportunities ASPIRE provided and for the college’s willingness to support the organization.

“CWC's TRIO SSS program has been the largest and most successful program in this six-state region to date,” she said. “I appreciate that CWC has been incredibly supportive of our program and students.”

Matland has a number of activities planned to fill her time after retirement.

“I intend to write and play more music, adventure with my family and grandchildren, do more sailing, traveling, revitalize fluency in languages, and continue with my passion for teaching and service work,” she said. “People who know me well know that I am a project person, so I have a list of building projects to attack.”

For Matland, one of these projects is honoring her heritage. She makes Lefse, a Norwegian flatbread and participates in the Norwegian custom of telemark skiing. As a 36-year member of Professional Ski Instructors Association - Rocky Mountain Region, Matland is also considering returning to telemark skiing instruction after she retires. 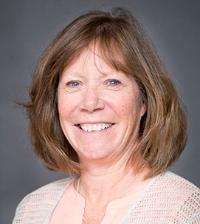 Cathy Beck joined the CWC nursing instructional team at the end of a 30 plus year nursing career. Though she was officially employed at the college for four years, the hours Beck spent with clinical students influenced her decision to change jobs.

“I worked alongside many CWC nursing students during my years at our local hospital in Jackson and have always respected the CWC nursing program,” she said. “Teaching with CWC was a perfect match for me.”

“To be a part of helping the students become smart, compassionate nurses and achieve their dreams is rewarding beyond words,” she said.

For Beck, the rewards of nursing instruction are so high that she is approaching retirement with mixed feelings.

“I really enjoy working so I am a little concerned about retirement,” she said. “But when winter comes and my husband asks if I want to take the RV and go somewhere warm, that sounds wonderful.”

Beck said she is certainly ending her career on a high note.

“It was always on my bucket list to be a nurse educator, she said. “Thank you for allowing me to do something new later in my life.” 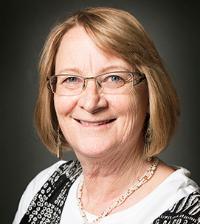 CWC Nursing Instructor Jenn McCartney is a fourth-generation Wyomingite. After graduating from Casper College nursing school, she worked at Wyoming Medical Center for four years before moving to Alaska with her husband.

McCartney worked the surgical floor of Fairbanks Memorial Hospital, where she was named the medical unit director and served as the Chief Nursing Officer. While in Alaska, McCartney pursued interests outside the realm of medicine as well.

“I raised 52 head of registered Tibetian Yaks,” she said. “I spun their underwool for yak yarn, halter broke several for use as pack yaks in Denali Park and helped populate a few villages with these cold-hardy animals.”

However, it wasn’t long before McCartney started to gravitate closer to home.

“After my husband passed, I wanted to be closer to the kids,” she said. “So I came back to the Lower 48 and worked in California for two years.”

McCartney found California wasn’t much of a fit for her, so she jumped at the chance to serve as the medical floor director at Riverton Memorial Hospital in 2011. She had that position for a year and a half before joining the CWC team in 2013. This final change ended up being McCartney’s favorite career decision.

“I have worked at CWC for nine and a half years,” she said. “I can truly say it is the best job I have had and my colleagues are an outstanding group of incredibly smart women.”

McCartney said she most enjoys teaching clinical and seeing the excitement of students as they become nurses.

“My favorite part of being a nursing instructor is watching students who have worked so hard in this program experience the exhilaration when they successfully complete,” McCartney said.

For McCartney, retirement seems like it will be anything but slow.

“After I "retire" I plan on building my studio, Wildbird, taking care of my mother, playing with the grandkids, hiking, sewing, photographing everything, and running Warm Valley Lodge, aka Dubois Assisted Living,” she said.

Professor of Human Services Wayne Montgomery moved to Riverton from Fargo, North Dakota in 1984. After working as a therapist for the community mental health center for 18 years, he said he was ready for a change.

Montgomery started working at CWC in 2002 and said he most enjoyed developing relationships with his students.

“I got to know most of my students fairly well, and I liked knowing that I was having an impact on peoples’ lives,” Montgomery said. “I will miss that part of the job a great deal.”

Montgomery will fill the first summer of his retirement with his favorite activities.

“I plan to hang out in Riverton; play golf, fish, canoe, hike and camp,” he said. In the winter, he looks forward to skiing, traveling to warmer places and finding other new hobbies.

“Once it is safe to travel, I want to go to Hawaii to golf,” Montgomery said. “I also plan to go to Patagonia to fly fish. Learning to play an instrument has some appeal to me, but not sure if I will tackle it.”

In spite of all his plans, Montgomery is not finished with the college.

“I enjoyed the atmosphere and camaraderie at CWC,” he said. “I hope I can maintain some of those relationships in retirement.”

To keep his campus ties, Montgomery enrolled in a physics course at CWC and hopes to continue taking other classes.