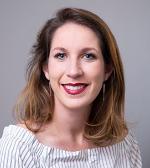 Originally from central Nebraska, Elge graduated from the University of Nebraska-Lincoln with a bachelor’s in music performance and biological sciences. After graduation, she completed a year-long internship for the Department of Health and Human Services Chronic Disease Prevention unit.

Elge went on to earn her master’s degree in cancer research from the University of Nebraska Medical Center. She met her husband and Riverton-local, Tyler, who was in dental school in Nebraska. The pair decided to move back to his hometown after graduation when Elge said she was drawn to CWC’s science program.

“There was a job opening for a science instructor here at CWC, which was right up my alley,” she said. As the new professor of biology, Elge is most excited about getting to interact with students.

“Seeing what others are passionate about and how they're going to impact their corner of the world is incredibly inspiring,” she said.

When she’s not teaching, Elge is likely to be found with a book. A self-declared aficionado, Elge said she’ll read just about anything.

“F. Scott Fitzgerald and Willa Cather are just a couple of my favorite authors,” she said. “I've been a voracious reader as long as I can remember--it cultivates my eager imagination.” 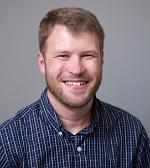 Music Instructor and Band Director Jeremy Cochran was born in Glenwood, Minnesota. After moving to Duluth during middle school, Cochran attributes much of his early interest in band and choir to his family.

“My parents are both musical and I had a good early start studying music,” he said.

Though Cochran earned his bachelor’s in music education from North Dakota State University, his original plan was a little different.

“My major was civil engineering,” Cochran said. “I decided fairly early in my freshman year that I wanted to be a music major instead but it is pure luck that NDSU's music department ended up being a great fit for me, as I had chosen the school-based entirely on its engineering program.”

While playing in the NDSU band, Cochran met his wife, Rachel, who played the clarinet.

He taught band, choir, and general music at the Campbell-Tintah Public School on the North Dakota/Minnesota border before earning a Master of Music from the University of Minnesota. Next, Cochran moved to Washington, D.C., where he simultaneously earned his doctorate in musical arts and taught at George Mason University.

After graduating in May 2019, Cochran spent the next academic year supervising student music teachers for the University of Maryland Baltimore County. He said he was drawn to CWC because he felt he was a good fit for the instructor of instrumental music and band director position.

“When I was teaching public school, I gratefully relied upon the local community college to offer extra performance and educational experiences both for my students and for myself,” Cochran said. “I've seen the value of that type of programming can add to a local community and saw an opportunity in this position to do work I consider worthwhile.”

So far, Cochran said he is excited to work with the students and practitioners who use the college as a communal space for appreciating music and visual art.

“I am excited to grow and maintain a music department where music lovers of all ages and abilities can gather to learn and connect over their shared enthusiasm for the art form,” he said.

Originally from Ghent, a small town in the Upper Hudson Valley region of New York, Karlee Shields earned a bachelor's degree in public affairs and public policy from Sage College in Albany, New York. She also completed a two-year internship in the nutrition department of the NYS Department of Agriculture and Markets.

Shields went on to obtain a Master of Science from Prescott College in sustainable food systems. During this time, she worked on a small farm and as a prep cook for the farm-to-table cafe on the property.

She said CWC started searching for an agriculture and meat science instructor at the perfect time.

“I was looking to move West and when this position became available,” Shields said. “I jumped on the opportunity. With my background in livestock farming, cooking, and some butchery, I felt as though it would be a good fit.”

Now that she’s landed the job, Shields said she’s looking forward to fostering enthusiasm for meat and the ability to positively impact the local food system.

“I think it'll be a fun journey educating others who also share my passions,” she said.

In her spare time, Shields enjoys outdoor activities like gardening, hiking, and dirt biking on the track she built with her dad near her hometown.

“I used to spend most of my free time ripping around on the trails in the woods ever since I was 10,” she said.

Scott Priebe, the other new instructor of agriculture on campus, comes from the Indianapolis, Indiana area. Since he grew up on a corn and soybean farm, Priebe said Future Farmers of America and agriculture have always been a big part of his life.

“After serving as state FFA president in Indiana, I attended Purdue University and graduated with a degree in ag economics,” he said.

When Priebe graduated, he accepted a position with the agricultural division of Dow Chemical, where he completed almond research in the central valley of California. During this time, he began purchasing farm ground to launch his own farm operation.

Priebe set his sights on Riverton when he and his wife purchased Wyoming Ag Marketing, a local grain elevator that warehouses and markets farmers’ wheat, barley, and corn in 2010.

“That moved us west and allowed me to operate our business,” he said. “I eventually made a transition to the college and into the role of ag instructor.”

Priebe started at CWC working in admissions as a recruiter, now as a new instructor, Priebe said he is most looking forward to introducing students to the greater scope of agriculture.

“I've been blessed to have the ability to travel around the world on ag tours,” he said. “My hope is to create opportunities for students to travel domestically and internationally studying agriculture.”

When he’s not focused on farming, Priebe coaches the Riverton Riptides swim team and enjoys riding bikes and building legos with his eight-year-old son.

Also a triathlete, Priebe completed his first full Ironman in 2019. He is already anticipating his next challenge.

“I am signed up to do the Escape from Alcatraz triathlon next June in San Francisco,” he said.