CWC Brings in 13 New Employees to the Academic Year 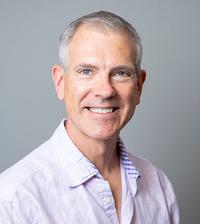 New nursing instructor Jim Kniola was born in northern Indiana and raised in east-central Wisconsin. He earned his first bachelor’s degree in western Wisconsin, before beginning his teaching career in New Mexico.

For Kniola, this was the start of years of travel and adventure.

“I had a 100-acre beef farm in northern Wisconsin, spent almost two years on a little Caribbean Island, Nevis, while my wife went to med school, spent a year teaching in Louisiana, then had short stints in North Carolina, Michigan, Minnesota, Virginia, and settled for four years just east of Madison, Wisconsin,” he said.

Kniola and his wife spent the next 10 years in the upper peninsula of Michigan before they moved to Lander last fall, where Kniola’s wife was hired as an anesthesiologist. When the pair planned to move, Kniola contacted the nursing program.

“I spoke with Stacey Stanek about the outside possibility of my potentially finding employment here in the nursing department,” Kniola said. “We stayed in touch until I heard of the opening.”

Now that he’s landed the job, Kniola can’t wait to apply his skills to the nursing program.

“I'm most looking forward to letting loose my best, most skilled, most professional, most helpful self to the students and fellow faculty,” he said. “I have been interested in teaching my whole life and this seems like a dream job to me.” 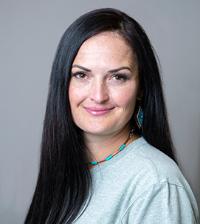 Lacey Gibbens is originally from Utah, but she considers Star Valley her home. She applied for the new nursing instructor position on CWC’s Jackson campus after wrapping up a travel nursing assignment. The position is a good fit for Gibbens, who said she is always up for a challenge.

“I love teaching just as much as I love learning and trying new things,” she said. “I am excited for the comradery this school has to offer and the unique aspects of the nursing program.” 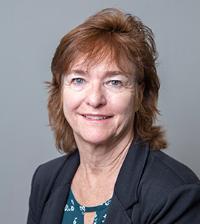 Joyce Campbell is a CWC alumna from Lander and said she loved the idea of working in her home state.

“The human service position at CWC presented an opportunity to work directly with students and people to make an impact and be an agent of change,” she said.

Campbell has bachelor’s and master's degrees in social work from the University of Wyoming and Denver University, respectively. She also earned her doctorate in clinical psychology from Walden University. As an instructor, Campbell hopes to share her love of human services and social work with students.

“I am looking forward to the opportunity to inspire students to acquire a passion in the field of human services to include social work, psychology, mental health and addictions,” she said.

Campbell uses her free time to dabble in Do-It-Yourself projects.

“I am a home improvement 'junkie,'” she said, “which oftentimes results in the need to call in a professional to fix my adventures.” 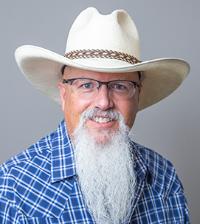 After teaching agriculture for 15 years in Klamath Falls, Oregon, CWC’s new agriculture instructor, Keith Duren decided it was time to return to Wyoming.

“I lived in Wyoming back in the 80s and early 90s, and I just wanted to come back,” he said. “I knew from the interview that CWC had the kind of hard-working, honest people I wanted to be around.”

Duren said he can’t wait to combine his love of teaching with the unique location and campus climate.

“Every day I get to share some of what I've picked up with the next generation of agriculturalists,” he said. “Add to that the future Rocky Mountain Center for Agriculture and Equine Science, and this place is pretty hard to beat.” 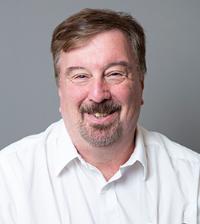 Originally from Missoula, Montana, David Hood graduated with a Bachelor of Science in Business Administration from the College of the Ozarks. He earned his master’s from Lindenwood University in 1996 and completed graduate coursework at the University of Montana, William and Mary, Lehigh University, and Lincoln University.

For Hood, the opening for a business instructor at the college was long-awaited.

“I have been watching for employment at CWC for seven years,” he said. “I like the area.”

Now that he has landed the job, Hood said he is most excited about working with and advising students.

He is a father of five and a former Certified Flight Instructor with a Commercial Pilot's license that includes instrument and multi-engine ratings. 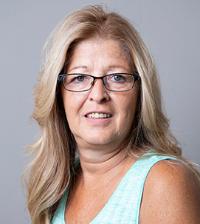 Tracy Wright is from Norfolk, Nebraska, and was drawn to the college by the listing on County 10.

As a certified lice technician, she owns and operates 307 Head Lice Control, where her services include removal, lice checks and education.

The new cosmetology instructor said she most looks forward to sharing her skills with the college.

“I am hoping to make a difference in the students' cosmetology skills, especially in hair,” Wright said. 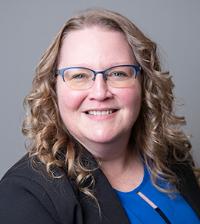 DeeAnna Archuleta brings 16 years of financial aid experience to her new director position. She has lived in Wyoming for all but nine years of her life and joins the CWC community after working at Western Wyoming Community College in Rock Springs.

“I looked at the opportunity to bring my knowledge to another institution,” Archuleta said. “When the job was posted I took the chance to see if this was the change I had been looking for.”

Archuleta is most excited about improving process efficiencies in order to improve the student experience. 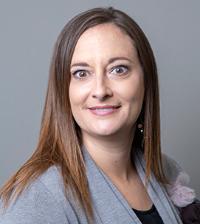 Originally from Rolla, Missouri, Harrison earned her bachelor’s in mass communications from Central Missouri State University and her master’s degree in communications management from Webster University. This training has afforded her a number of unique opportunities.

Harrison is now applying her skills to higher education. In her capacity as the college’s newest skills development coach, she said she is most looking forward to working with students. 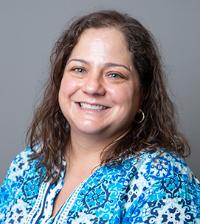 Reisch grew up outside of Sheridan, Wyoming and has lived in Laramie for the past 25 years. She graduated from the University of Wyoming with her Bachelor of Science in Business Administration and earned her real estate certificate in 2008.

When the CWC foundation position became available, she had the right skillset.

“I've worked in fundraising and higher ed administration for a long time, and when I saw the posting for my job I thought it would be a great fit,” Reisch said.

Reisch said she is most looking forward to contributing to the college’s sustainability through fundraising. In her spare time, Reisch likes to take agility classes with her two dogs. 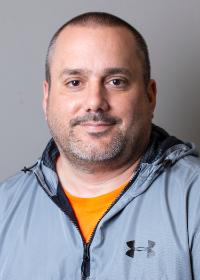 CWC’s new head soccer coach said he moved to Wyoming because he wanted to try something different.

“I was looking for a change and the CWC job came up,” Harrison said. “It is exciting to work for both programs and coach men and women.”

Harrison is from Columbia, Missouri and has a Bachelor of Arts in Communications and a master’s in media communications from Fontbonne and Webster Universities, respectively.

He said he is looking forward to the challenges that come with developing the new teams.

“Building up the programs is exciting,” Harrison said. “I have to be patient, but hopefully it won't take too long.” 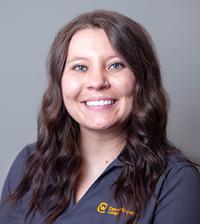 Hofer first moved to Riverton from Mountain View to attend CWC. She left to pursue her bachelor’s degree but didn’t stay away from campus for too long.

“I always wanted to come back,” Hofer said, “so when the admissions position opened up, I knew it was the perfect opportunity to make my way back to the Rustler family.”

As CWC’s new recruiter, Hofer said she is looking forward to serving as a student guide.

“Seeing students find themselves and move forward is one of the most rewarding things,” she said. 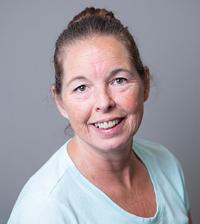 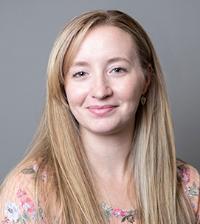 Katherine Clymore joins the CWC business office as the cashier.