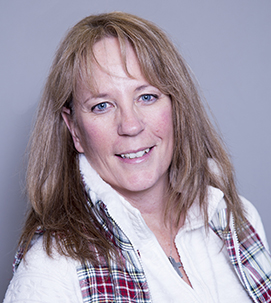 Amanda Nicholoff was wooed from a “dream job” at NBC/Universal in San Francisco to return to her alma mater. Nicholoff has worked as an executive producer and director of a three-hour morning show for a CBS affiliate in Missoula and as a photojournalist in Green Bay, Wisconsin for NBC’s WGBA-TV. In 2000, she reached the top of her industry by landing a producing position for the Bay Area’s NBC.

CWC is the only college in the state with a fully operational broadcast television station located on campus, Wyoming PBS. Students will be mentored in a professional environment by expert producers, directors and editors. At some universities, students do not get the opportunity to touch any equipment until their junior year. At CWC, students will utilize state-of-the-art equipment their second day.