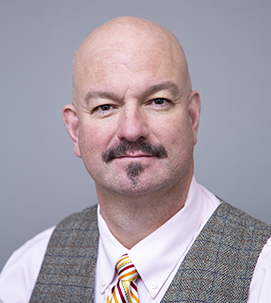 There is nothing more complex, fascinating, and interesting than the human mind.”

Joseph Fountain spent his childhood in Southern California, Egypt and Malaysia, before settling in Seattle for high school. He studied international relations before he was commissioned as an Army infantry officer, where he graduated from Airborne School and the Ranger Course and served in the 7th Infantry Division.

He then spent 25 years with the Seattle Police Department as a patrol officer, SWAT operator and team leader, and tactics instructor. His last five years in law enforcement he supervised the Crisis Response Team (CRT) as a detective sergeant. CRT, comprised of three detectives and a mental health professional specially trained to work with persons in crisis or with severe, chronic mental illness, afforded Sergeant Fountain an opportunity to collaborate with treatment and assessment professionals.

Fountain served as an expert witness in federal civil cases that involved police use-of-force. He presented testimony on the effects of human performance factors, such as vision, reaction time, acute stress response and rapid versus deliberate cognition, in force encounters. He also provides expert forensic opinions on crisis intervention and police response to persons with symptomatic mental illness.

In 2010, he took early retirement to pursue his longtime dream of teaching psychology at a two-year college. While in his clinical psychology master’s program, he spent a year-long practicum treating combat veterans with severe PTSD. His thesis, “Will I Follow You into the Dark?”: Effects of Celebrity Suicide on Suicide-Attempt Rates, investigated celebrity suicide contagion differential effects on suicide death and attempts.

Fountain has two adult daughters, a hospitality management professional and a college senior and IT entrepreneur. He lives in a log cabin home in Riverton with his dog, Kuri, who looks like a fox-coyote mix. He enjoys theater and has played title roles in Beauty & the Beast and MacBeth, and as Daddy Warbucks in Annie. Fountain also enjoys stand-up paddleboarding and SUP-surfing, reading Harry Potter novels by the fire, creating crossword puzzles and humor in all forms.